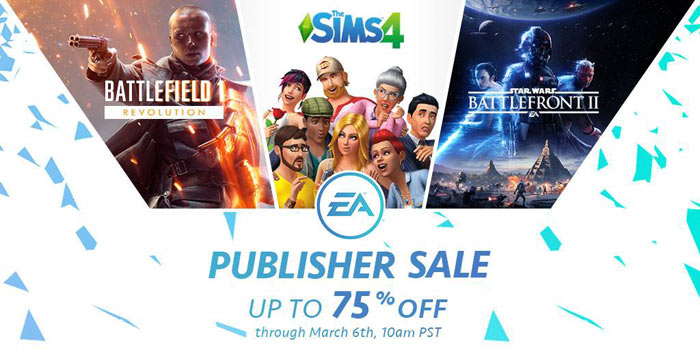 After the Steam Lunar New Year sale, there’s a new EA game sale which will help you to refill your game library at a quite low price. EA came up with a new EA Publisher Sale which is offering massive EA origin games at huge discounted rates. The sale is already live now and will be running up to March 6, 2018 (10 AM PST).
Some of the DLCs with deep discounts include Battlefield™ 1 Revolution, Need for Speed™ Payback, Titanfall™ 2, Mass Effect and so on. If you have missed any of these games or some of their DLC packs and season passes in the first time around, then here’s your chance to grab them at a quite low price as they are offering discounts up to 40 to 70 percent.

The sale is live on Origins storefront page as well as Amazon. Click here to go to the Origin Store.

Don’t miss this opportunity, grab the deals before the stock lasts.